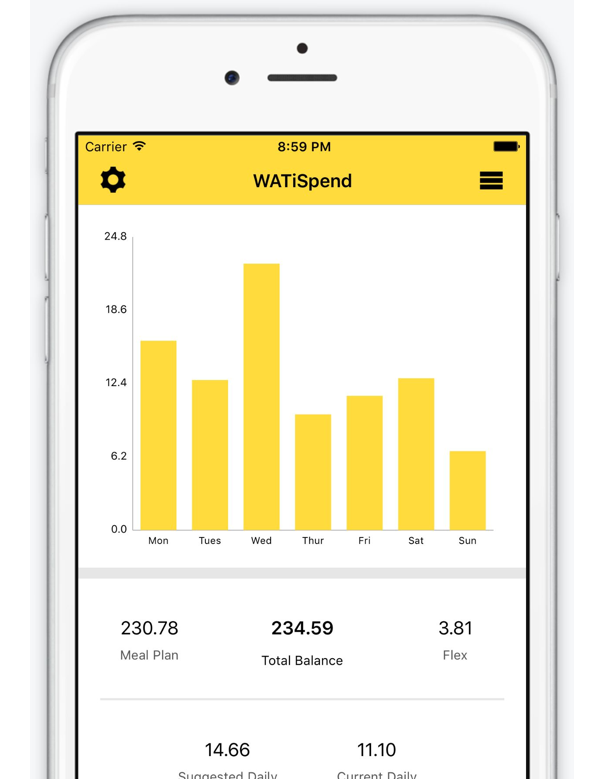 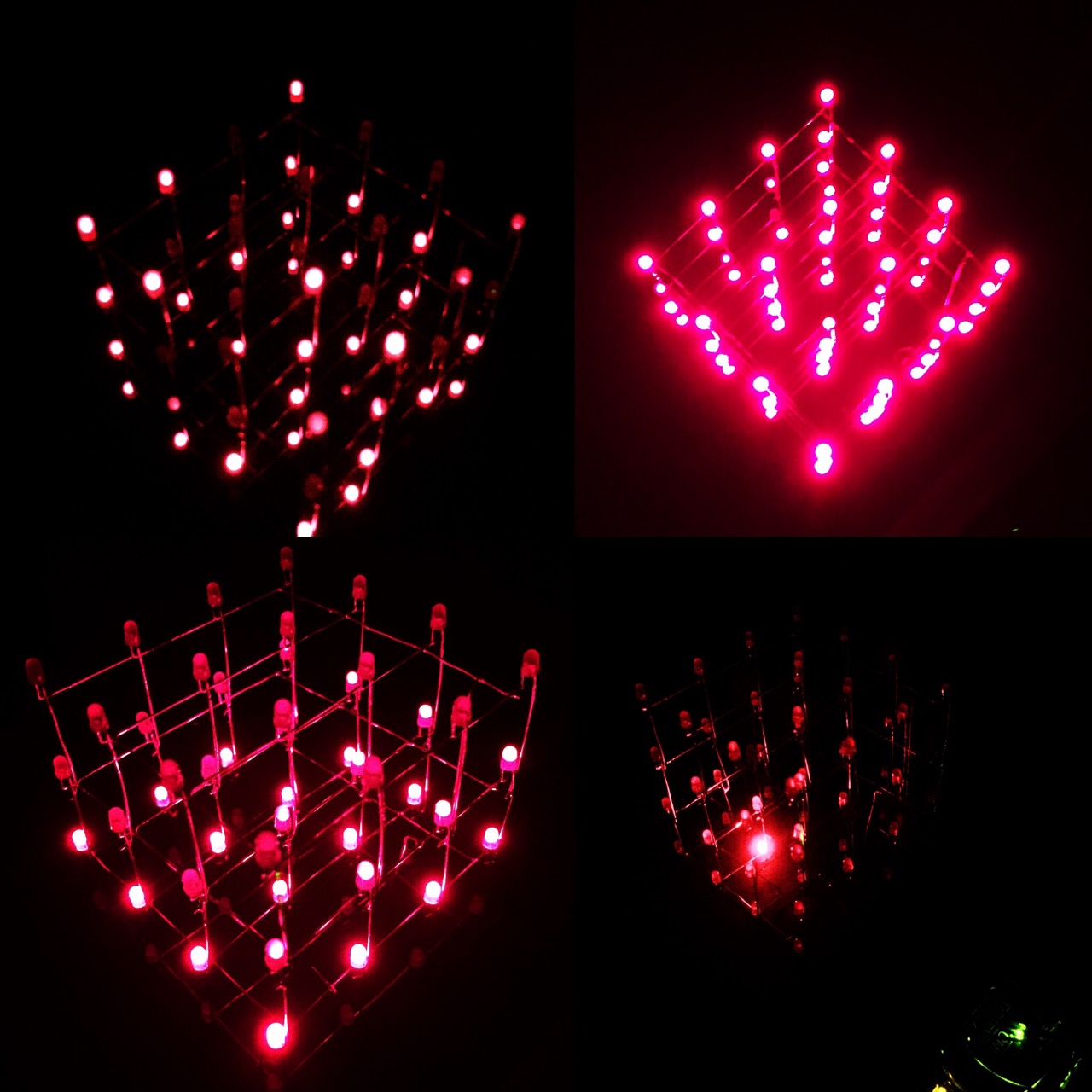 Fun with LEDs and an Arduino. 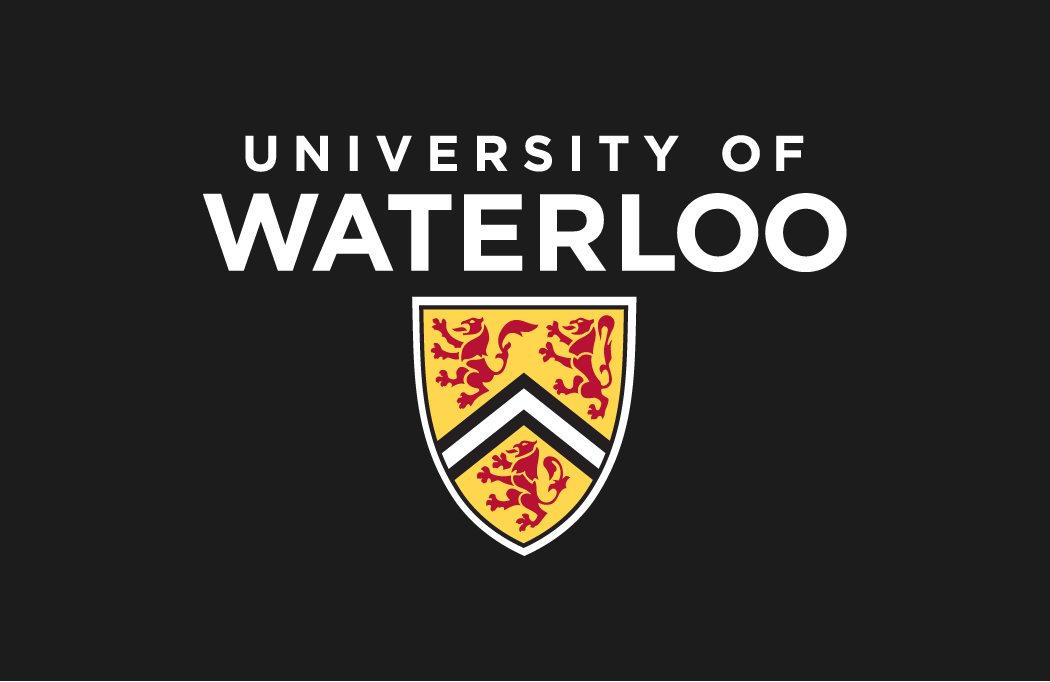 The perfect match for me. 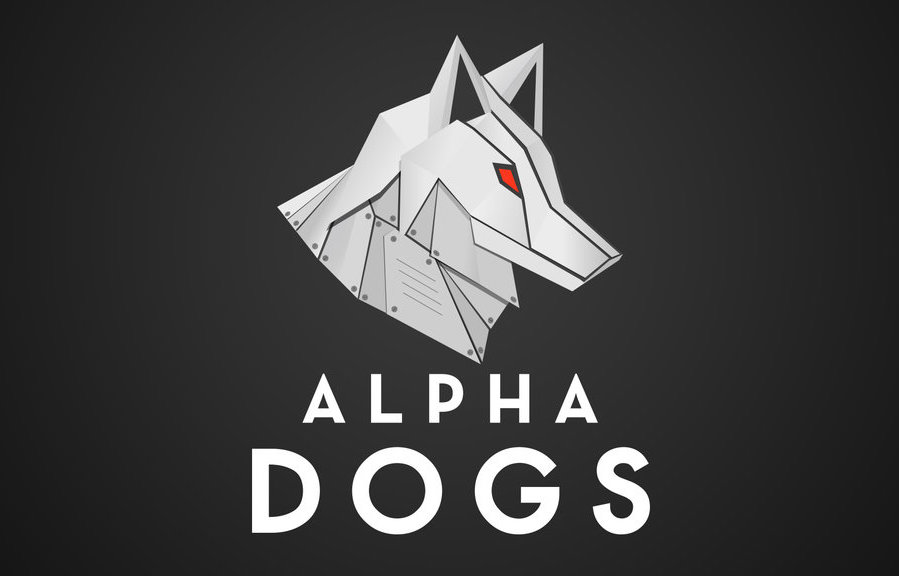 The values that guide and shape me.

Love what you do and do what you love.

Don't be afraid to explore and take chances.

Quality and hardwork speak for themselves.

Never be afraid to lead and take responsibility. 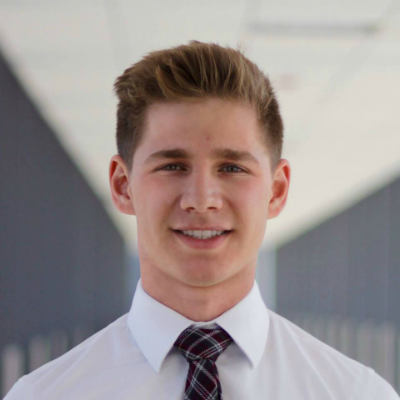 I am a passionate person and love to pour my heart into whatever I do. I enjoy experiencing new things and being in way over my head. I love making every little detail come together seamlessly and I take pride in creating experiences that make people say ‘wow’.

A mealplan tracker for uWaterloo students.

WATiSpend is a service that shows students how much they should be spending per day on their mealplan. There is a dedicated website that you should check out to find out more.

The purpose of WATiSPEND is to enlighten students about their spending habits and mealplan.

By showing students how much they are spending per day and per week we allow students to have a better insight into their spending habits. They'll also be shown a list of every purchase made on their WATCard.

It will offer students recommended daily spending limits so as to better manage their meal plan money. It is hard to think about long term budgeting but WATiSPEND does the thinking and planning for you. 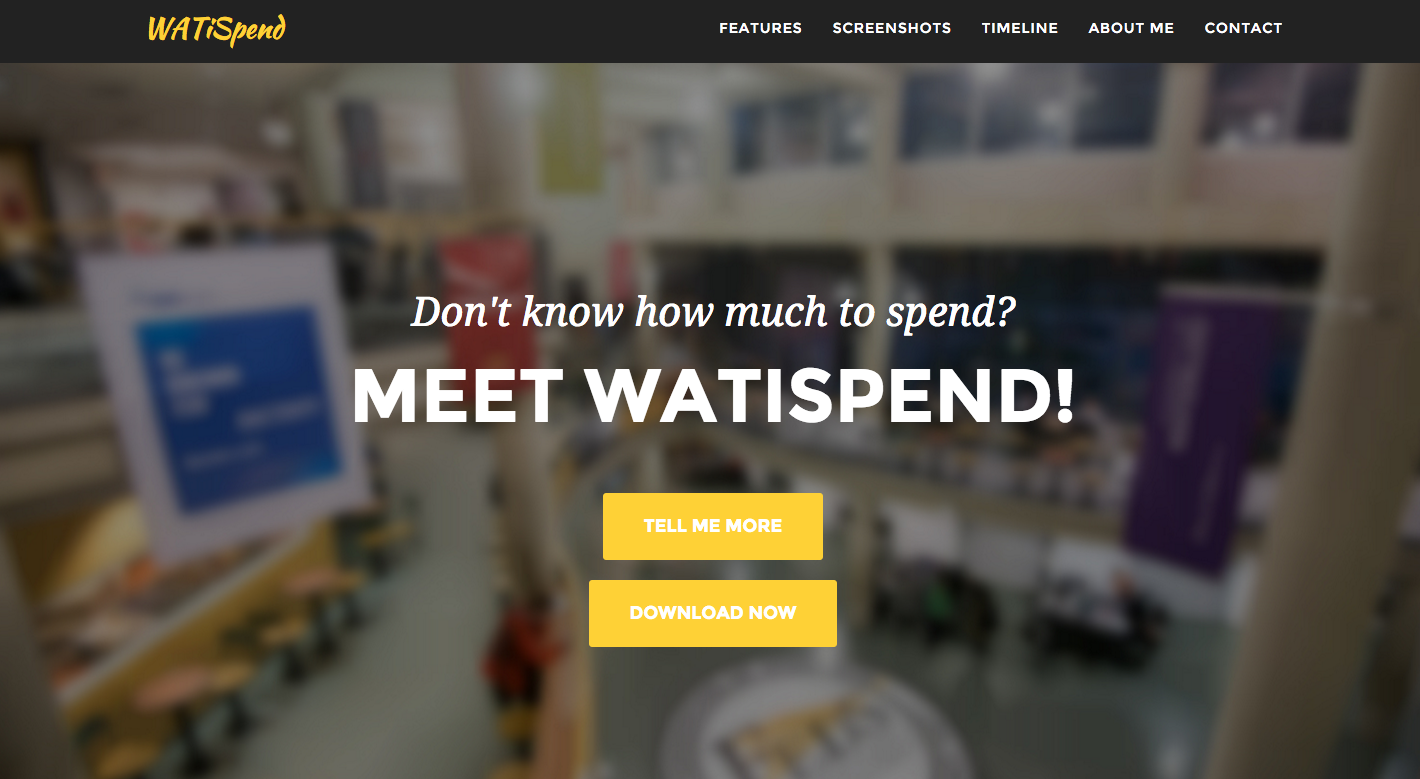 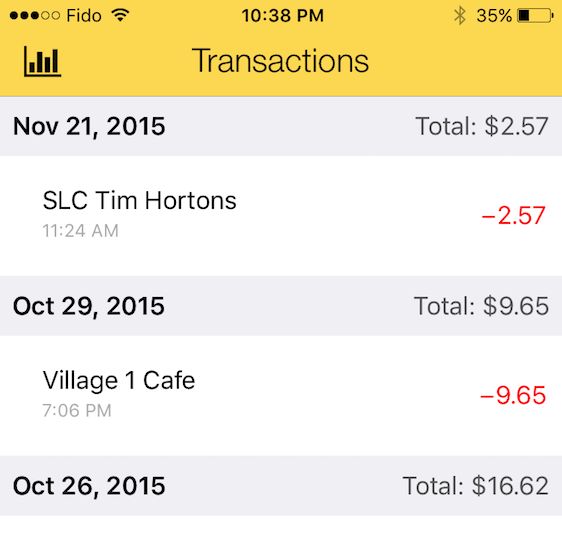 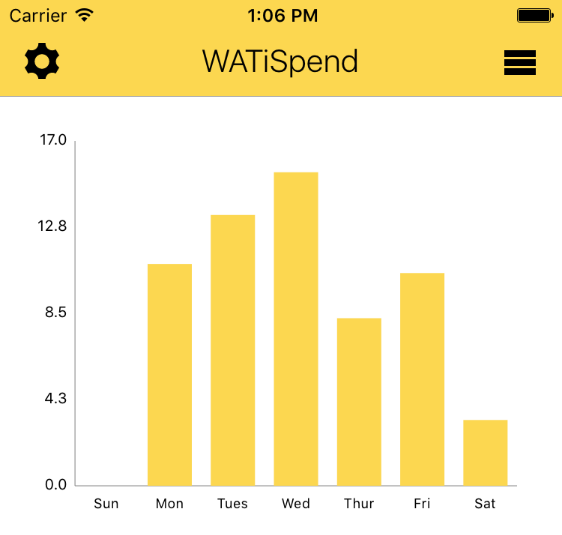 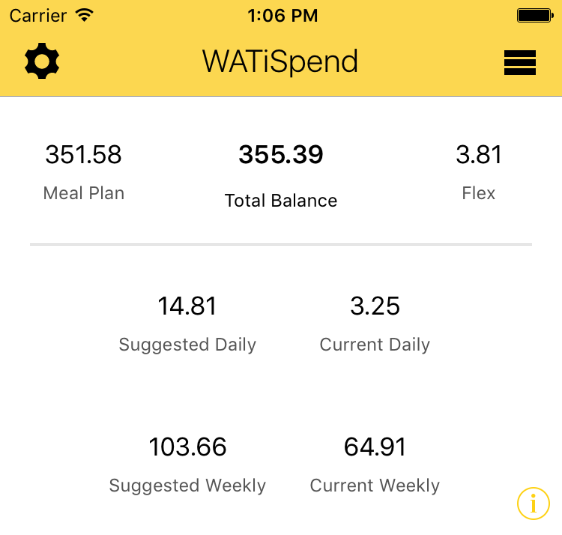 You can download it now on the App Store for free!

Learning how everything works.

The running joke is that no one knows since we all get asked this by almost everyone we meet. Systems design engineering to me is stepping back and looking at the bigger picture. Asking yourself why and how things are connected. It requires a multi-disciplinary approach to learning. Since you become educated about a diverse range of subject matter, you become able to make deeper connections when analyzing ideas.

I am interested in learning about how things work and how various pieces come together to make a whole. I like looking at the bigger picture and making everything come together. I am really interested in intelligent systems and creating things that are able to sustain and improve themselves. I love good design and learning about what makes the products I love so great. 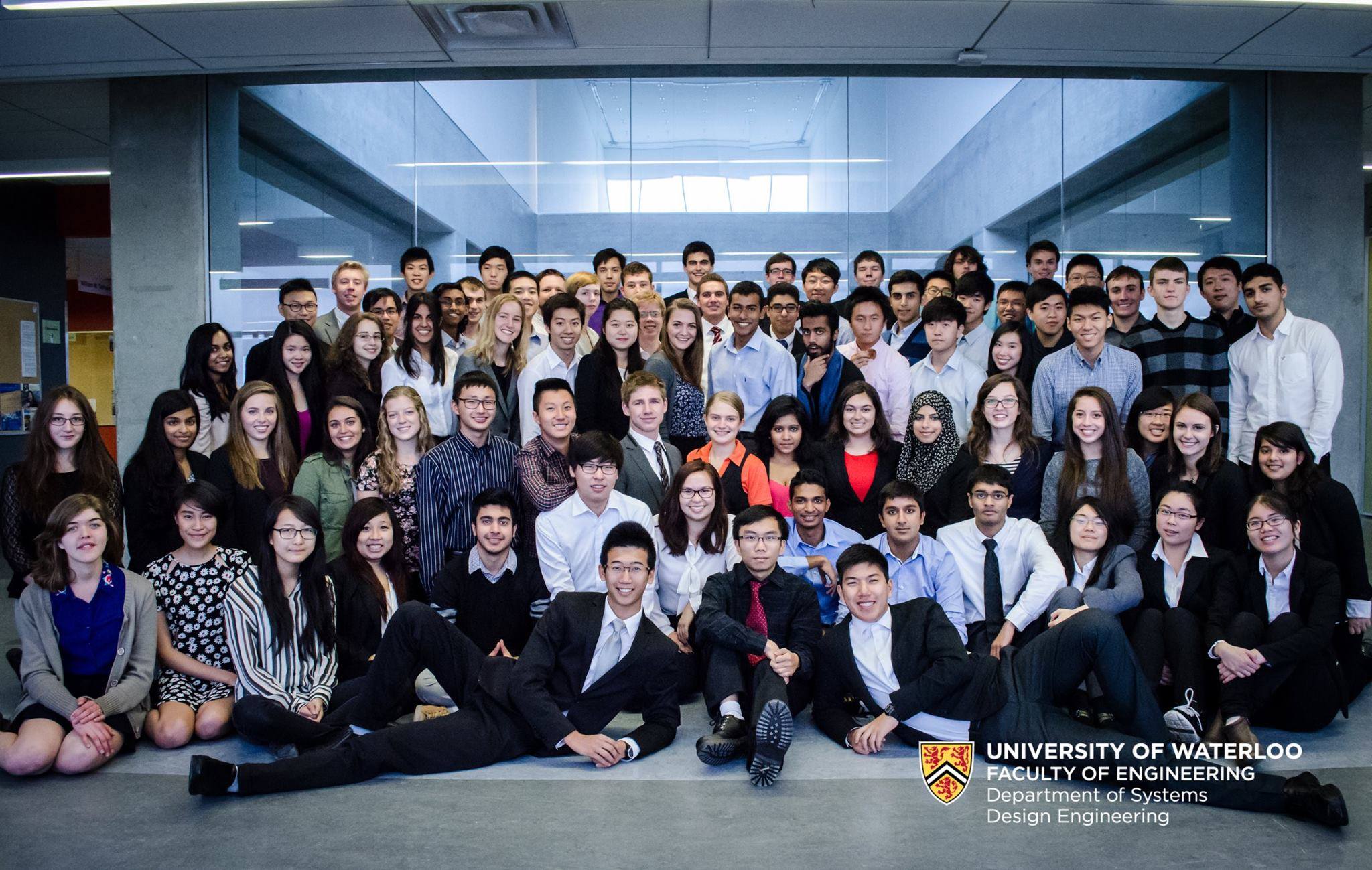 There are few experiences during highschool that shape your future. Robotics was one of those for me. In my last year, my friends and I embarked on a journey to found a robotics team at our school and compete in the FIRST Robotics Competition. What started out as a dream quickly became a reality after our manufacturing teacher got on board. The team quickly grew to become the largest in the school and we raised enough money to build a robot and compete at a regional.

If that's where the story stopped, it'd be pretty cool but it isn't. We brought home 3 awards and came just short of qualifying for the world championships. Defeated but not beaten; we scrambled to get together the thousands of dollars needed to compete in North Bay. Phone calls were made. Cheques were written. By the end of it all, we were on a bus about to try our luck again. The event was tough but we came back home with another 3 awards and a ticket to the world championships!

A very clear and distinct memory for me was getting off the bus and being handed forms to go to St. Louis, Missouri. Ms. Kipfer had a strong hunch that we'd pull it off and was already prepared with the paper work. We found just enough money to get us all down there and ended up having the experience of a lifetime.

We didn't just start a team though. The Alpha Dogs created a community where students are given opportunities to work with things that most students won’t be exposed to until they’re outside of school. We have our own student made website, award winning business plan, outreach program and so much more. We make reveal videos, marketing materials, and participate in community events where we show off what we've done and promote our sponsors.

I know our 2014 robot inside and out. Which screws need to be tightened before each match, the exact speed of our flywheels for every shot we would take, how the sensors on our robot worked, how many shots we could take before running out of air pressure, each rule that we needed to comply with and so much more. I lived and breathed robotics for the duration of the 6 week build season. I learned that passion and the right people are a recipe for success.

If you’ve never worked with a mill, lathe or band saw you will be intimidated, excited and and curious when you step into the shop. I wasn't expecting to work in the shop as much as I did but Mr. Tibor and Mr. Ziskos helped me learn so much about creating and assembling metal parts. They gave me a new found appreciation for the craft and helped me become more confident in my metal working abilities.

Another lesson is that anything that can go wrong will go wrong. The unity of software and hardware is of vital importance in robotics. If either break, then you're left with a box on wheels. That's if you're lucky. The hard lesson of letting go of a feature and how to be meticulous and organised when wiring were some of the lessons I learned from another mentor Bart.

I remember crafting the presentation that we delivered to potential sponsors, rehearsing it, tweaking it and then finally getting to deliver it for the first time. It was incredible hearing that we received a grant of $10,000 dollars from the Bolton Rotary Club and the experience made me much more confident with public speaking.

Lastly I remember having the opportunity to present our robot to not only knowledgeable engineers but to elementary and middle school kids. Seeing the fascination and interest in their eyes and knowing that our team is able to inspire them is an incredible feeling. 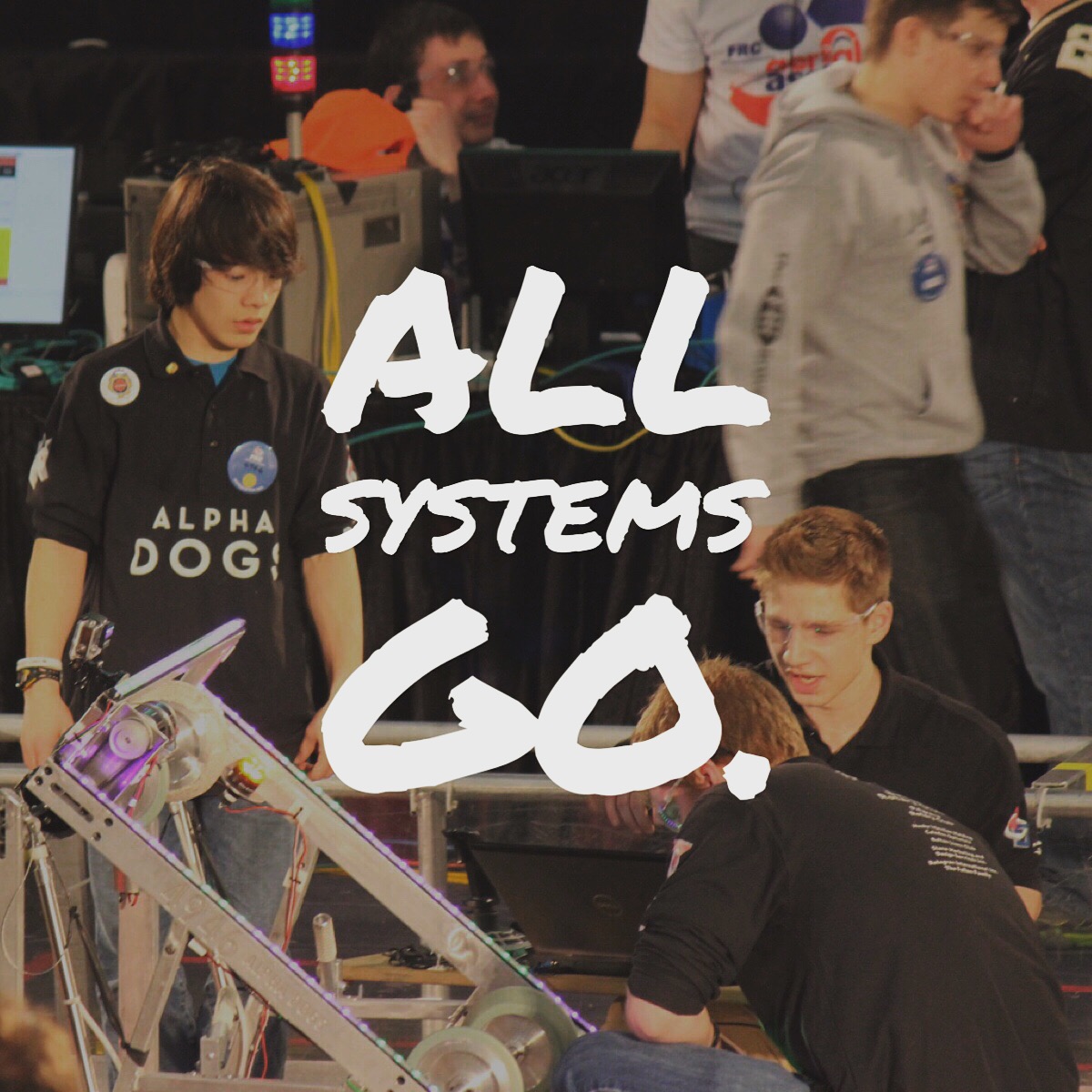 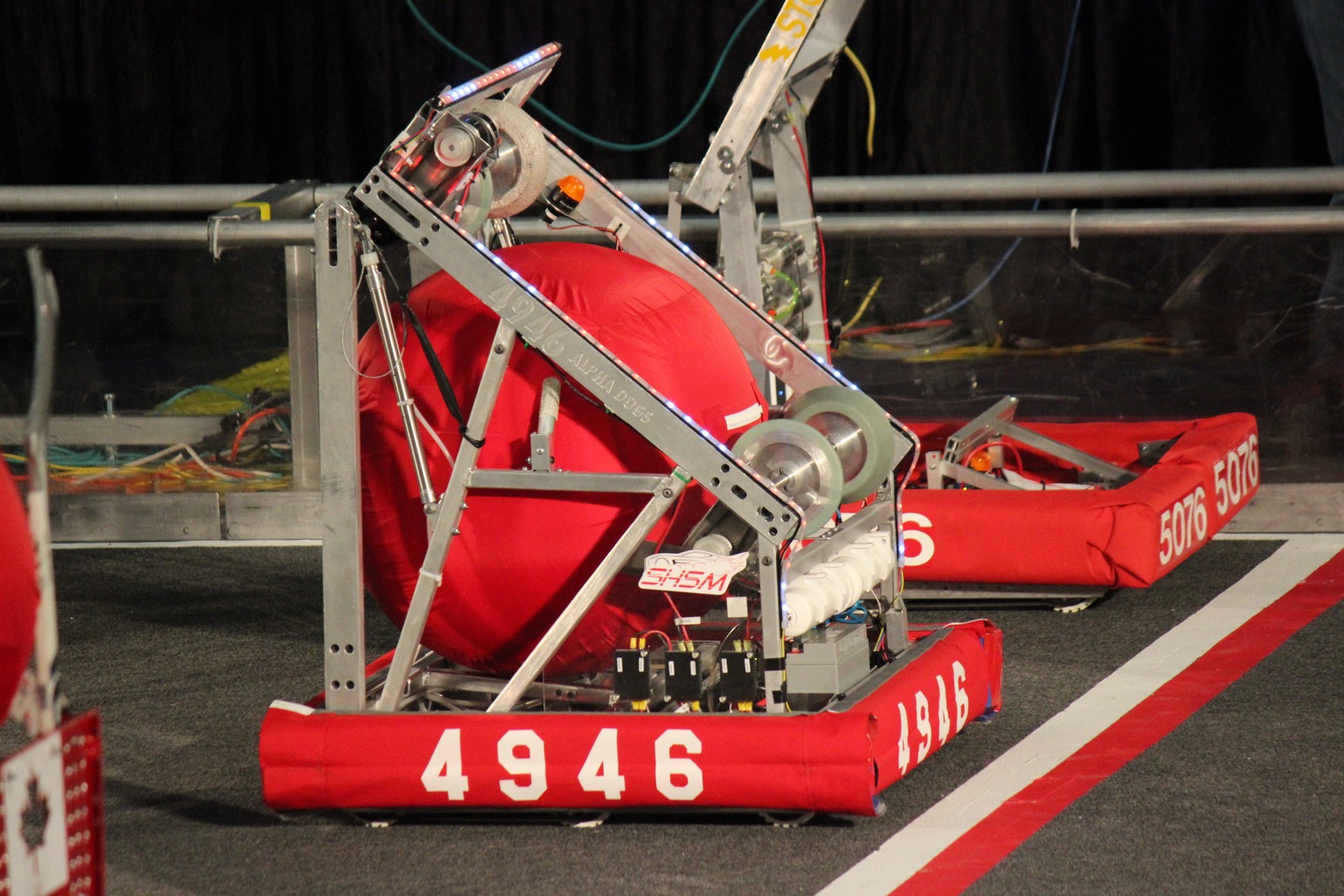 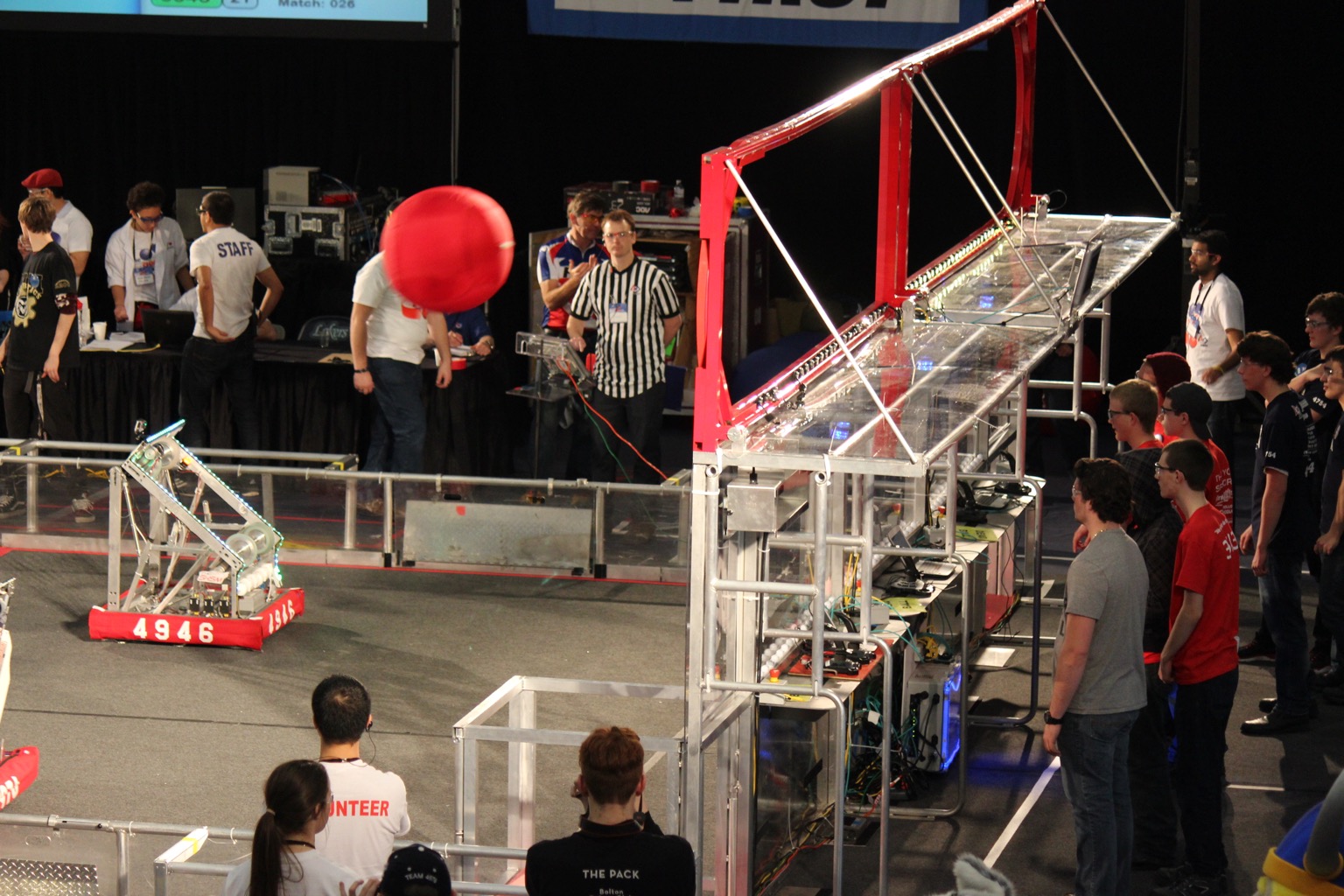 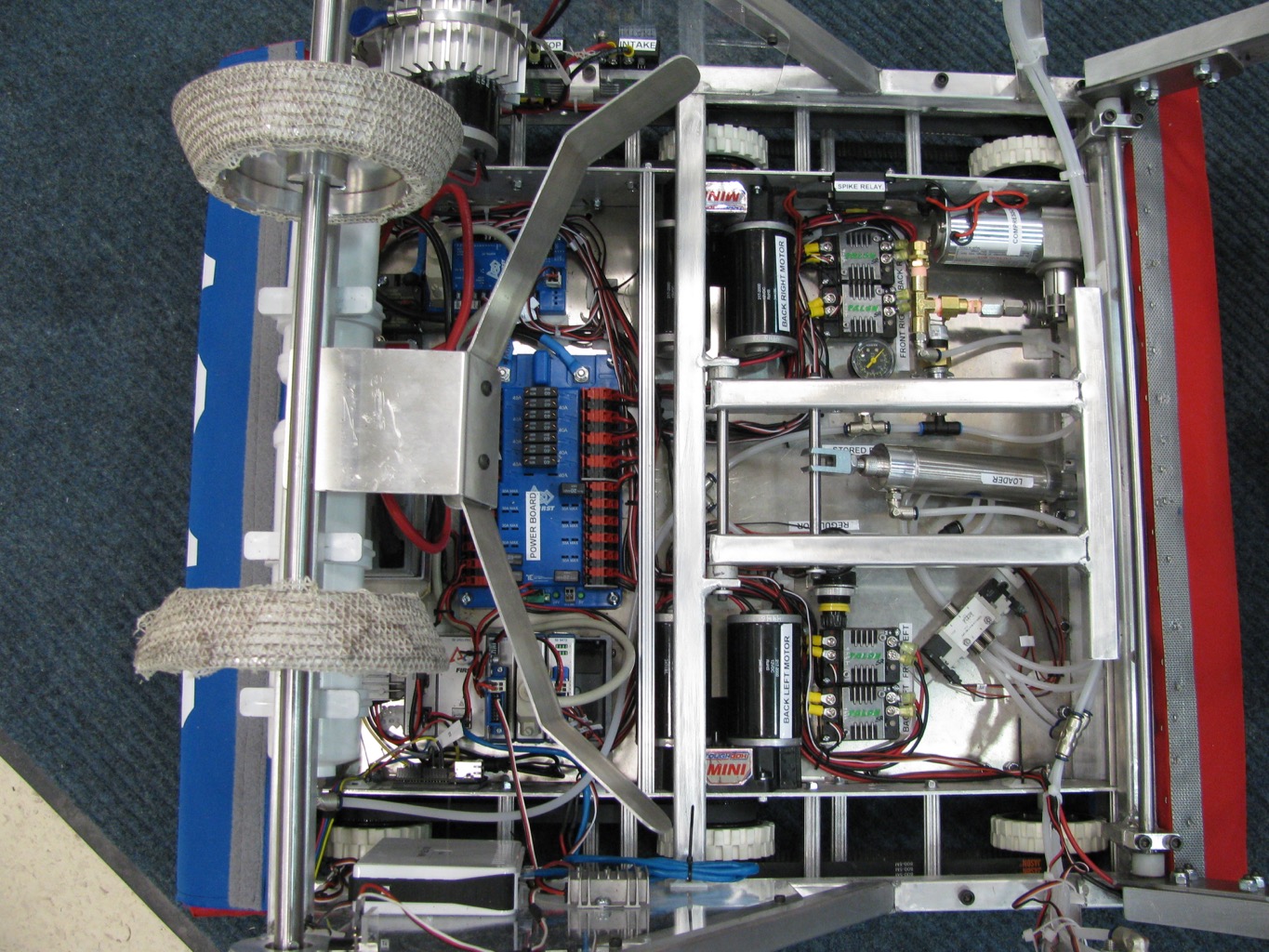 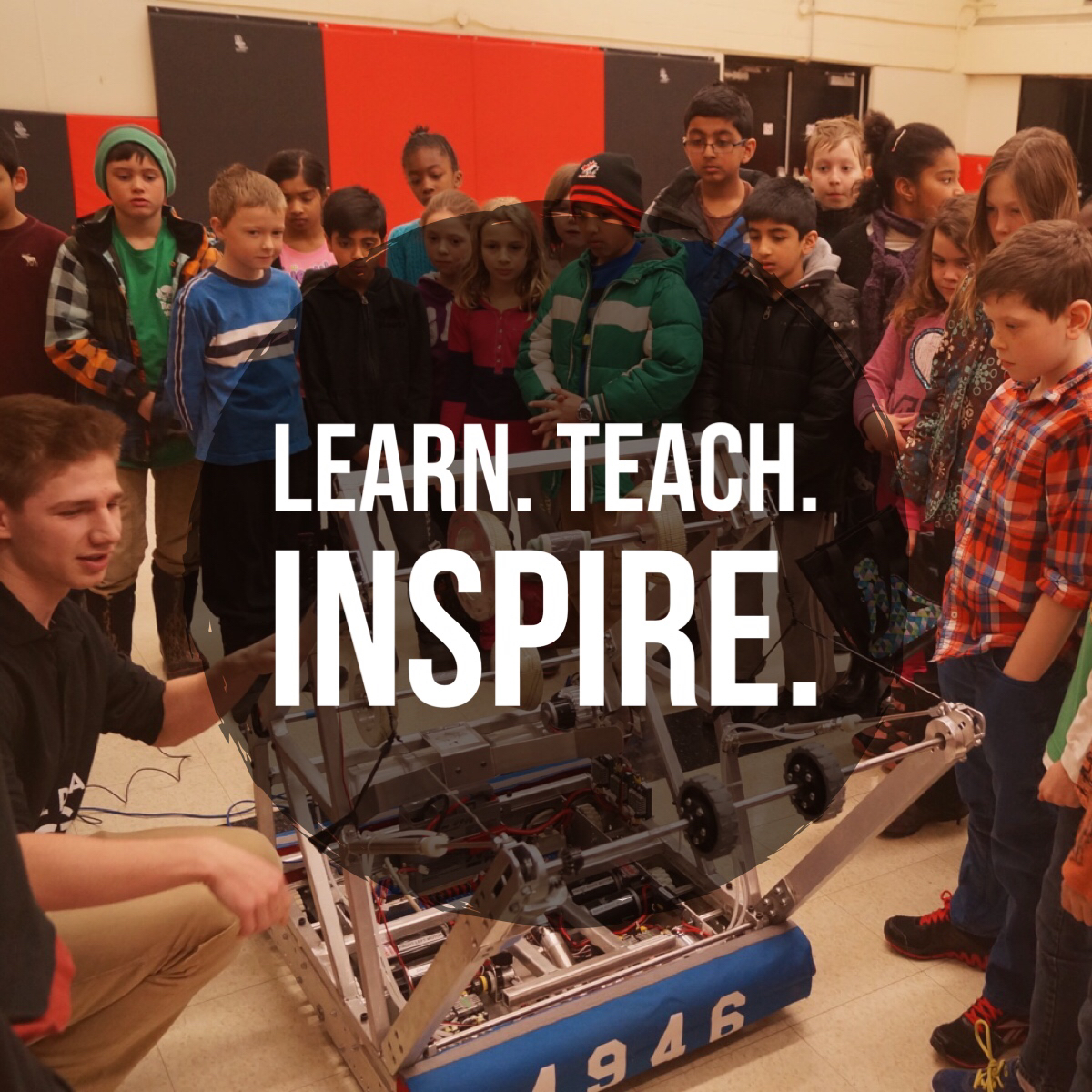 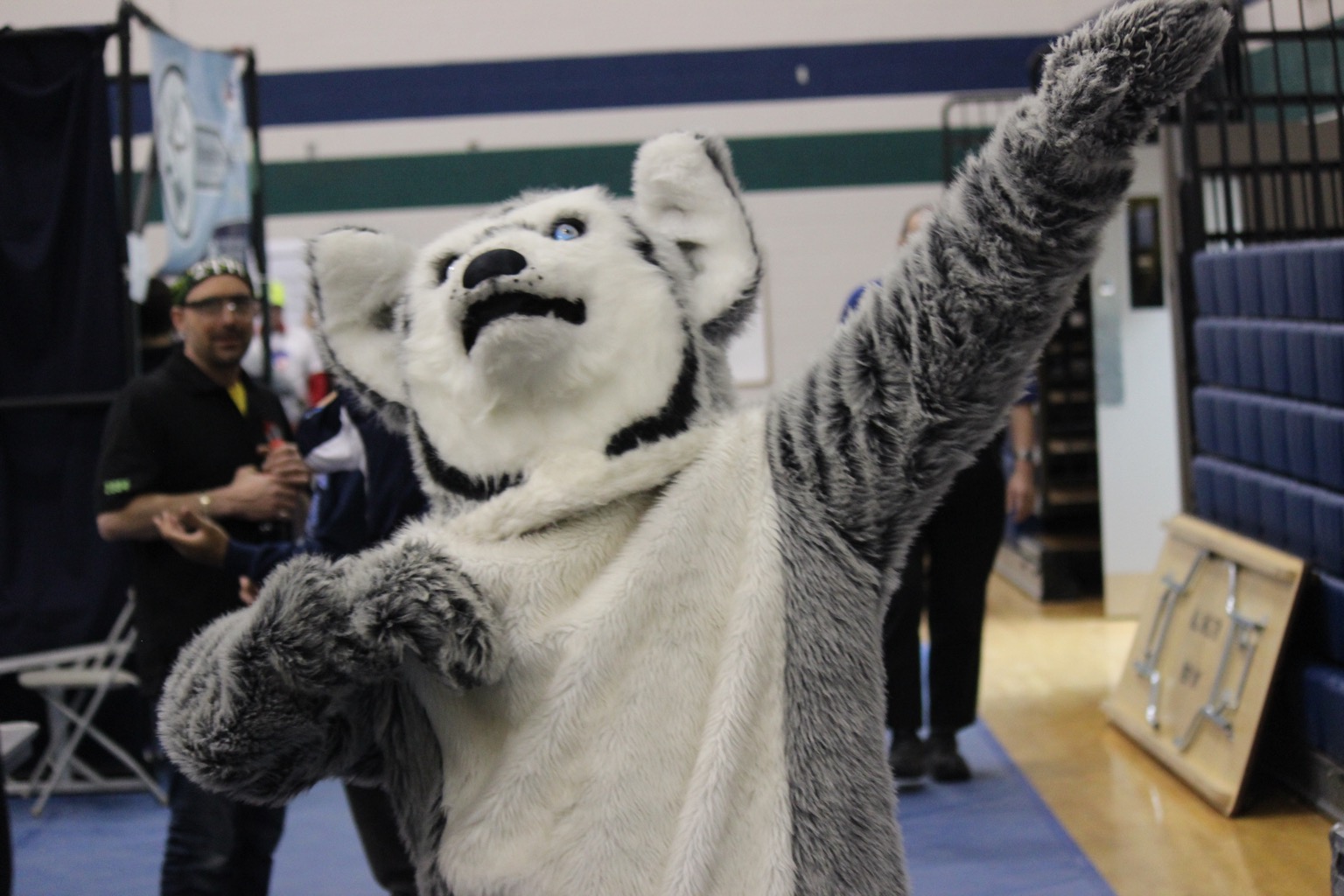 You can learn more about the team at 4946.ca